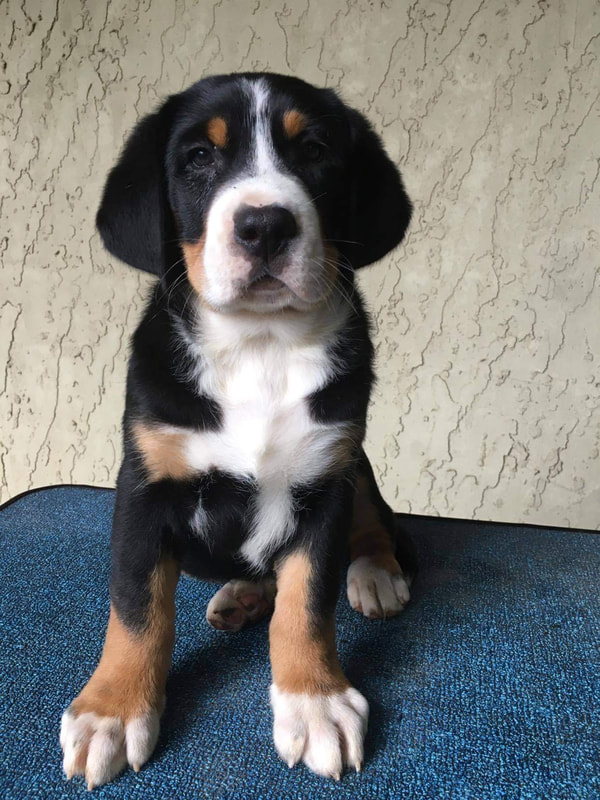 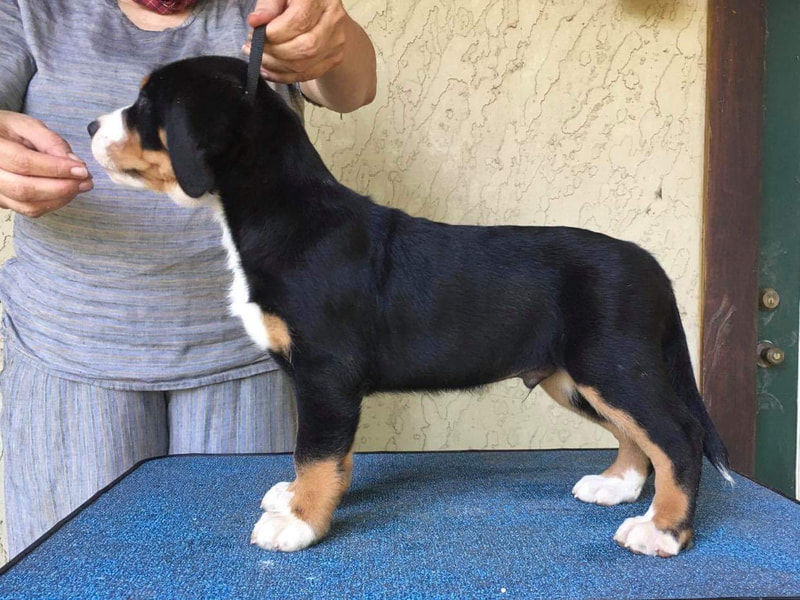 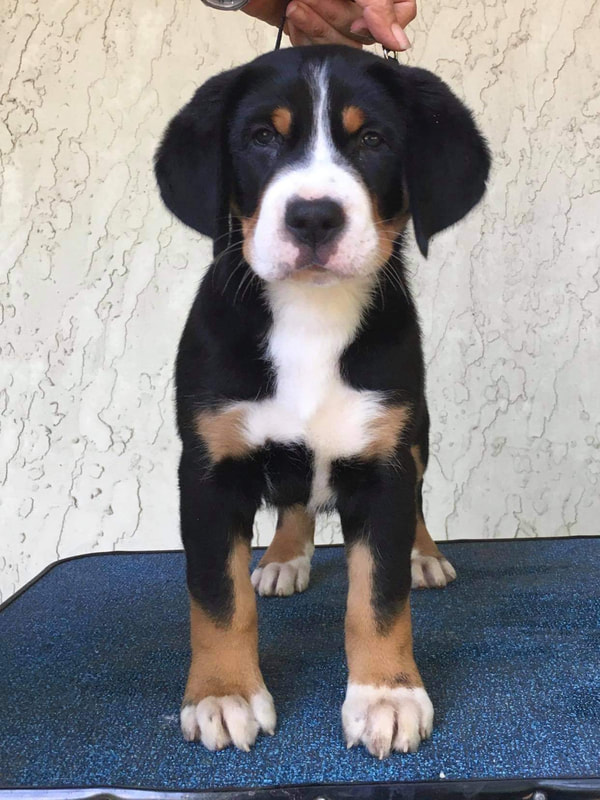 Clooney is owned and adored by the Kopfer family in Massachusetts and was the pick male from his litter.  I've had the opportunity to visit with Clooney a couple times during his first year ​and it's fun to see his developmental changes even over the course of a few months. Clooney has such an adventurous personality that endears him to people almost instantly! ​Clooney has done quite well in the ring with his handler Amanda Shea earning 3 majors from the 9-12 class and won his larger 12-18 class at the 2021 GSMDCA National Specialty and made quick work of his Grand Championship title defeating top ranked specials! Just before Clooney's second birthday he earned his first group placement winning the Working Group and then a couple weeks later earned the designation of Best In Specialty Show winning the Patriot GSMD Club Specialty in Greenwich, CT. At the 2022 National Specialty Clooney won Best in Grand Maturity.