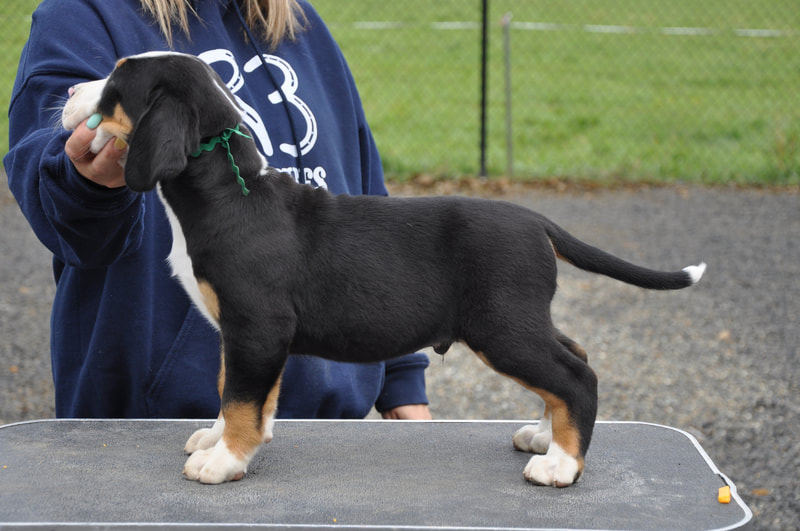 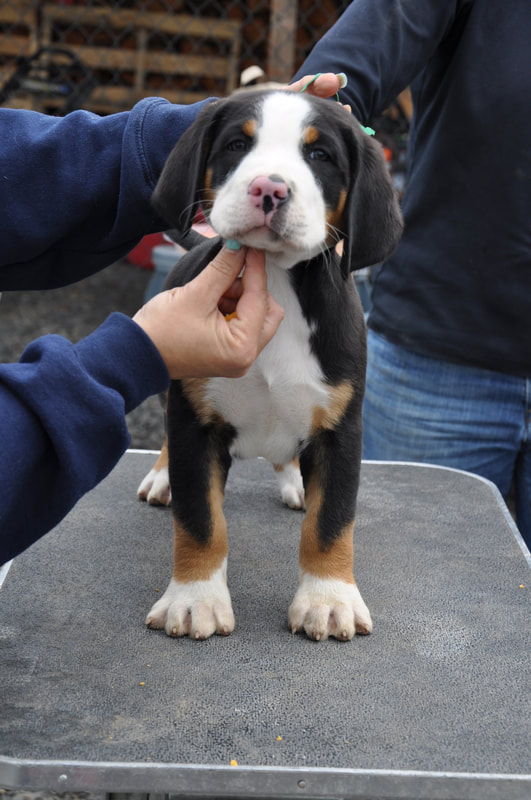 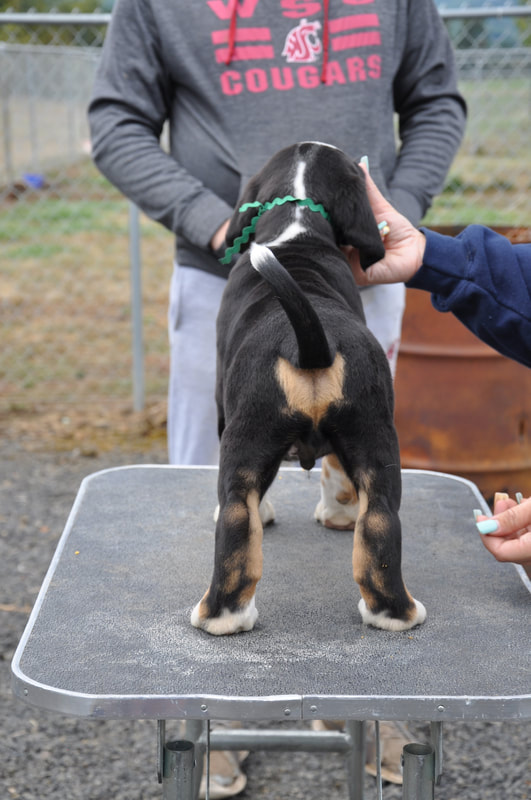 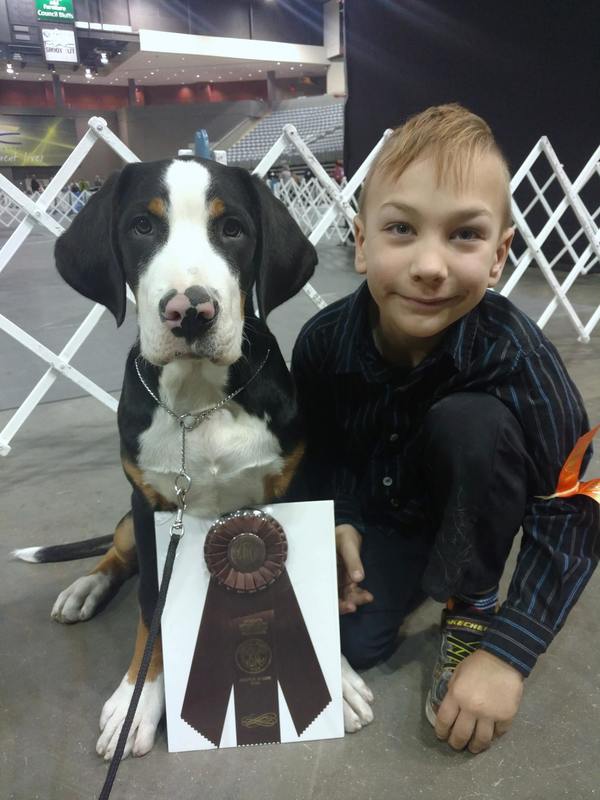 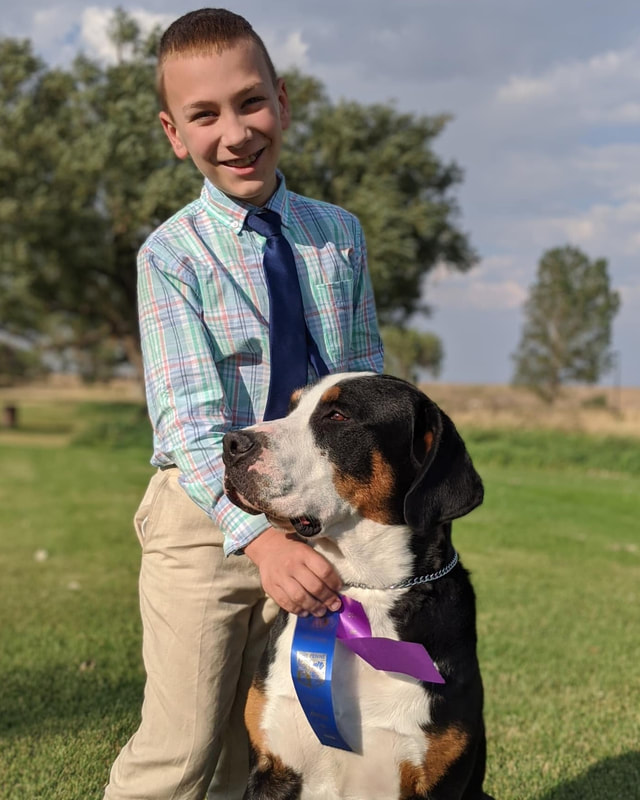 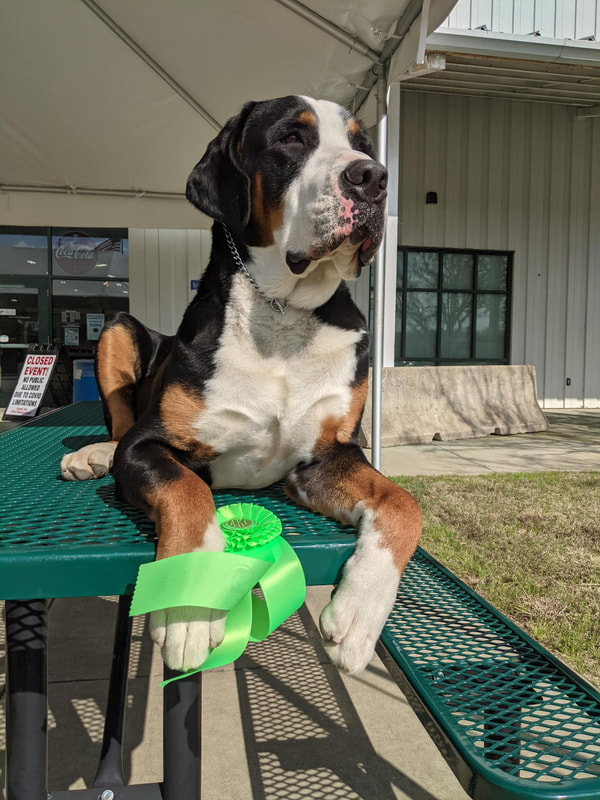 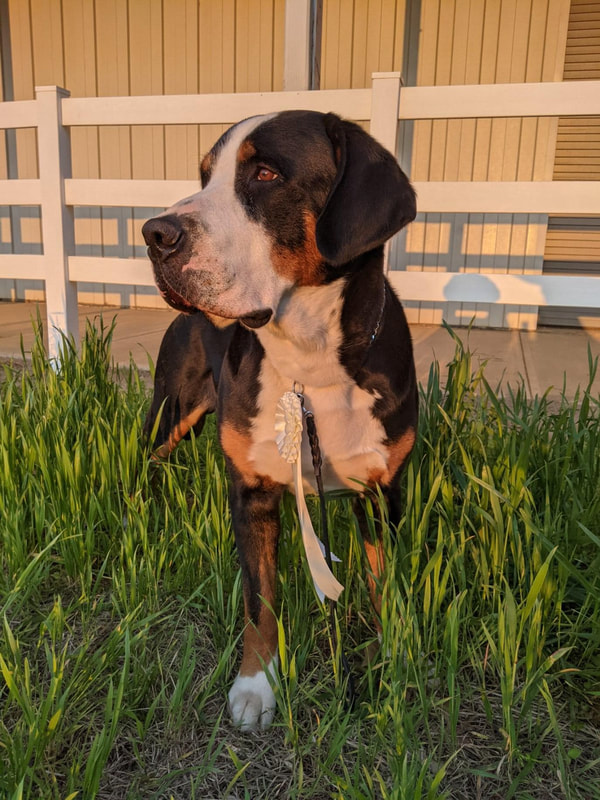 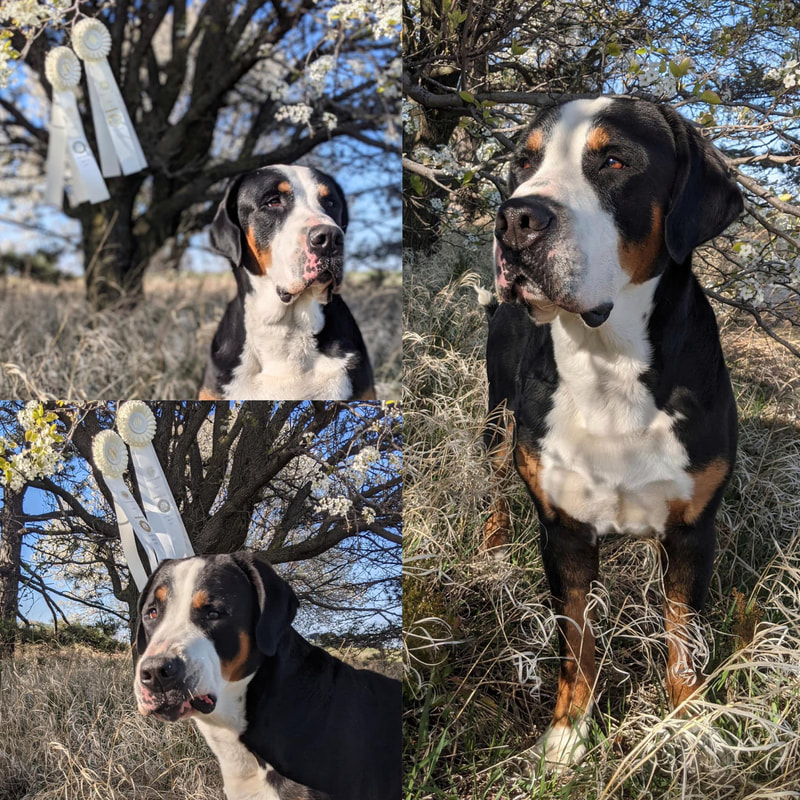 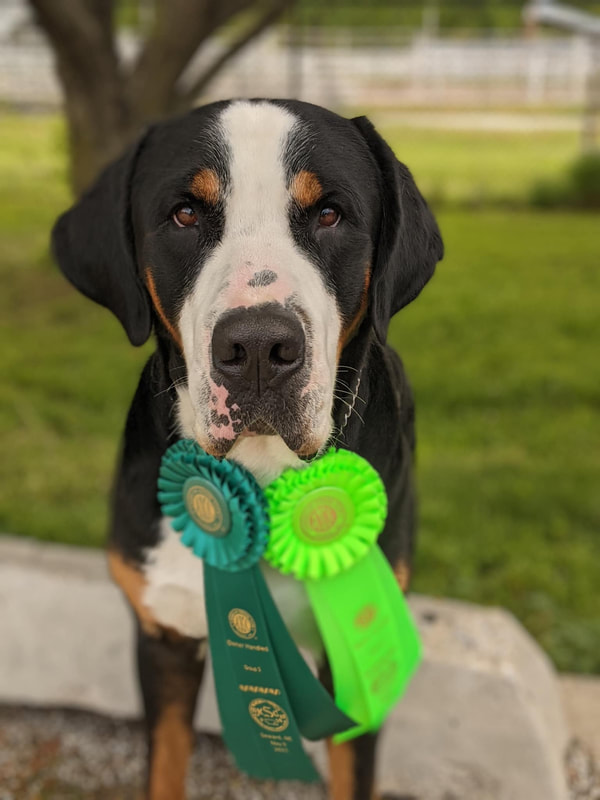 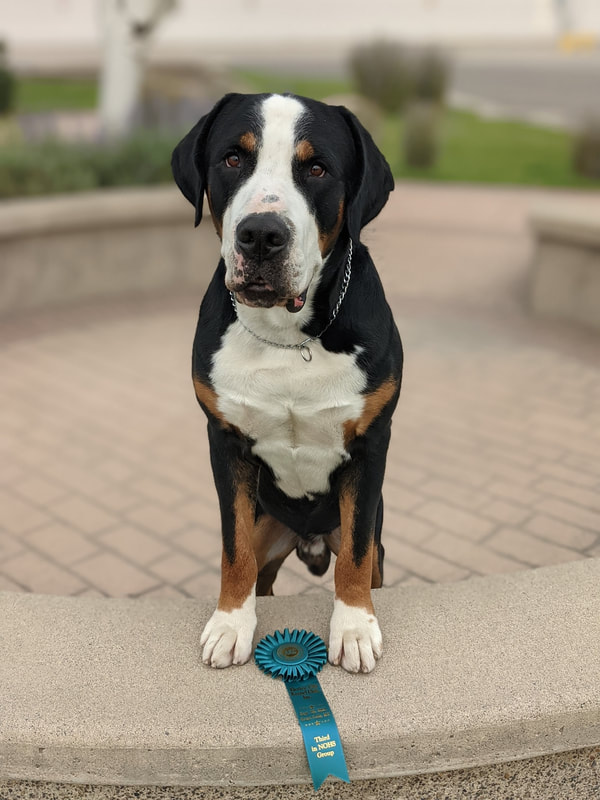 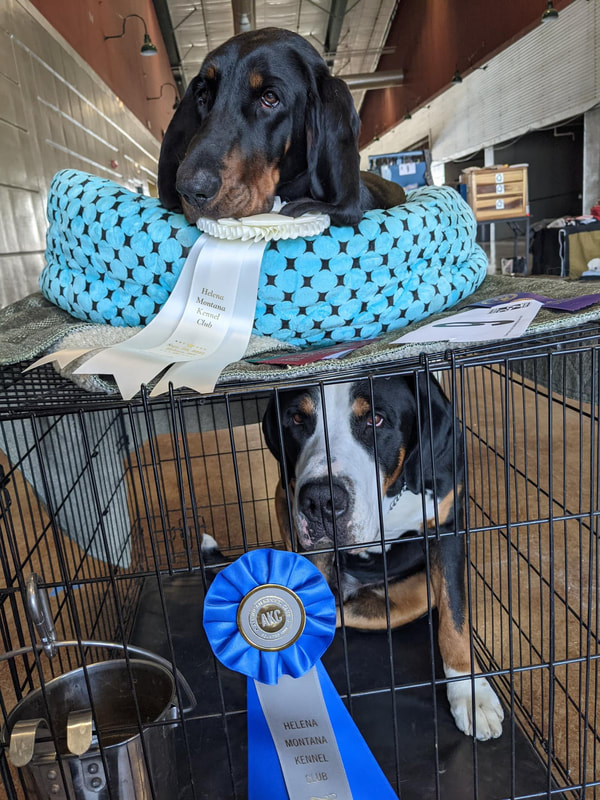 Stetson lives his best life with his Coonhound brothers and sisters in Nebraska with the Klone family. He's affectionately known as "Mopey" and truly is goober clown at heart endearing everyone he meets. Stetson made quick order earning his championship mostly with Nash's handler Luke Baggenstos who put two 5pt majors on him and his finished with his 3rd 5pt major going Best of Breed from the classes in a large entry of GSMDs! Since earning his championship Stetson and Raven earned a GSMDCA Weight Pull title, AKC FastCat title, and have been doing great things in National Owner Handler Series. Raven finished Stetson's Grand Championship title in September of 2021 making him Nash's first Grand Champion. So proud of this team!